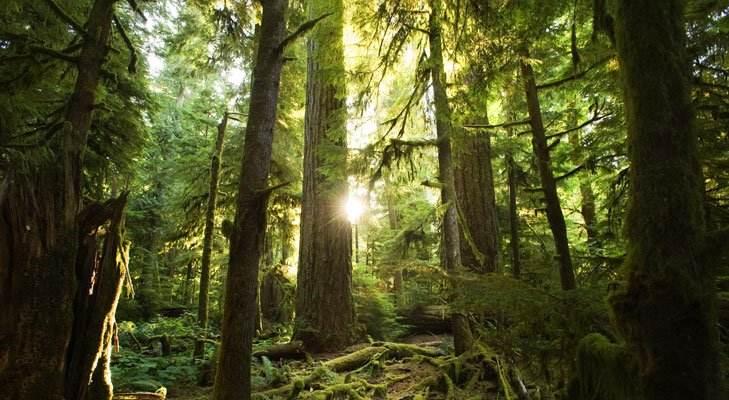 You will not be happy receiving what you desire until your desire comes from a higher level of consciousness.

You now may be asking…

“What does that mean?”

“We can not solve our problems with the same level of thinking that created them.”

You may have also looked into the meaning of the quote, and the following text by David R. Hawkins from his book, Healing and Recovery, perhaps clarifies Einstein’s quote…

Both Einstein’s and Hawkins’ quotes present that a problem may be better resolved by transcending the problem and looking at it from a higher level of thinking, viewpoint, awareness or a word I like to use, consciousness.

Now you may be asking…

“What does transcending mean?”

“be or go beyond the range or limits of”

So, the art of transcending and resolving a problem seems to be for humans to become more conscious, and to surpass the limits of a problem for a solution to then present itself.

Taking the example scenario of being in a forest and not being able to find your way out, would it not be much easier to have a higher viewpoint such as a photographic map of the forest with your GPS location?

I am sure your answer to that question was yes, and so in the scenario of being stuck in a forest, the problem is transcended with technology that literally provides a higher and better viewpoint of your location, and the scope of the wood or forest; something that the mind could never have “seen” without at least the map.

Let’s develop on that example with one more akin to living life as a human.

Imagine living with other humans on land surrounded by a forest containing wild and dangerous animals. For generations, humans have lived on the land but not one person, who ever left through the forest, returned alive to share their experience. Hence the knowledge of not leaving the land has been passed down over generations. Now let’s fast forward to a scenario where the resources required to live such as food sources start to run out and cannot be sustained, where the people could eventually starve, or some other phenomena happening that threatens the existence of the humans. Being one of the humans it can then be said that the two simplest choices available were as follows:

In both instances, the desire on experiencing a life-threatening problem can be simplified as wanting to be alive, be happy and be well, and again, the mind with all its knowledge can never perceive which choice would be more likely to present a solution.

The outcomes of these desires can also be summarised as wanting to be alive, be happy and be well, but what if with the outcomes of your choices and desires you become unhappy or unwell, or at worst your existence as a human becomes at risk . What do you do?

I will tell you a bit about myself to describe what can be done.

I myself had desires with regards to relationships, education, a job or business, money, health and probably other aspects of life. I had received some of the desires and also had lived quite an extraordinary life compared to many people that I knew and I wanted to experience more of the “good stuff” and hence was working towards achieving expected desires.

However, slowly yet with an increasing pace, and quite surely, my reality starting falling apart and in brief, the life I had created for myself simply starting making me unhappy and ill, and that’s putting it mildly.

All the logic and intellectual knowledge that I had built up to date and that I had previously used both to get me to where I was and to help other individuals through to multi-national corporations for work, simply could not explain nor find a solution to what I was experiencing.

I, however, knew that I was not trying to do anything wrong but simply could not understand why everything was going wrong.

I knew internally that I was not being told something and I remember having this feeling since I was about 10 years old, and it came and went over the years, and the universe had eventually started answering the yearning for the knowing.

I now realize that the knowing, the answer, had to be delivered in a way where my logical, and what I thought of then as an intellectual mind, could understand, and hence the first part of the answer could only be provided by creating an appropriate question, which was “why is my life falling apart?”

To make that question real, the reality of my experience of life had to actually start falling apart and I had to directly experience it, which I did, and then I had to experience not being able to answer the question with what I knew, or what I thought I knew, and which I also experienced.

The only hope, light, inspiration, (or whatever such word that resonates with you)  I had was that I knew I was not trying to do anything wrong and also the knowing of their being something that I had to know.

With that knowing of not knowing something that I should know, all I could do and did was to demand from the universe that I wanted my life back, and as that was in 2007, I cannot quite recall, but I believe I was alone and the demand may have been an internal thought. I do however recall there being a significant energy behind it all and I may have also externally expressed the demand by slamming my fists down on a table.

The answer came to me literally within a couple of days and which was that we create and manifest our realities from our desires and we have the creative power of the universe within us.

I then looked into creating and manifesting desires a little further and found out how and why we could actually create our realities and manifest outcomes from desires. I tested what I discovered and it worked, and after a few tests, I realised that the outcomes really did not make me happy.

“Why can I create what I want but not be happy with the outcome, and more importantly, how can I resolve that?”

The answer again came within days which was in brief, that if we accept that our desires can create our realities then we have also created all the problems in our reality and from desires have not come from a high level of consciousness. That is why both the process of creation from the desire (the journey) and the manifestation of the desire (receiving and living with what we have manifested) at best may not make us happy or not for long, or at worst make us very unhappy, to stressed, to ill.

If that perhaps does not make sense, then the following scenario may help clarify.

Imagine someone being brought up in a family or community to think that the only way they acquire things in life is by stopping people who are better off than them and taking things from them. Even though such a lifestyle may not be easy to accept, remember that it is only a scenario to explain why problems are better solved with a higher level of consciousness.

Hence other people with the same mindset can then only start stopping and taking things from the one person and that is when unhappiness sets in, stress sets in, and illness can set in trying to protect what they have.

Hence desires from a low level of consciousness, realities and lifestyles are created that ultimately bring unhappiness, and the experience of life being somewhat intolerable.

With a higher level of consciousness, a person would perhaps create a reality by making things to have, instead of taking, hence there being more than enough things for everyone to have, and the experience of life being somewhat sustainable.

The two scenarios above of living life by taking and making demonstrate how different levels of consciousness can considerably affect both how life can be lived, and the ongoing joy and happiness experienced in life.

As I couldn’t just wrap up my reality and send it back in the post, or right click and delete it, the next question was…

“How do we transcend what we have already created with a lower level of consciousness?”

The answer came as a few techniques which I can only describe as transcendental meditation with created reality, mantras and feelings and which in some way undo the problematic realities that we created and show us how and why we created them.

The techniques create realisations often taking us back to primitive and recent cultural and ancestral beliefs and childhood experiences where we have often had quite unconscious and naive thoughts, feelings and emotions, but also put a significant amount of energy into them to form strong foundations for problematic realities that we experience later in life.

The techniques I have applied over the many years since 2007 and the process of somewhat undoing what we have created and increasing our level of consciousness is also known as spiritual awakening or enlightenment.

Though all the knowings and answers that have come to me to date have significantly helped me considerably understand and resolve my experience of life and life as a whole, some recent niggling not knowings required further answers, and a question such as the following arose. Note that as the process of awakening progresses, questions form more as feelings than words, but I try to describe the feelings using the closest words as I can…

“This [knowledge] is all getting a bit too much [profound]. What now, what next, what do I do, and where is this all and I going?”

The answer was received in the form of what is often called a Zen Slap, which is effectively a realiSation that can profoundly change your perspective on a matter. For example, the description of my reality falling apart, wanting to know what I could do, and getting the answer in a way that my then intellectual mind could never have derived, was in a way a slow but sure Zen Slap. Zen Slaps can also occur instantly such as in “aha moments” and epiphanies.

The Zen Slap came to me whilst watching a scene in a movie, and this scene to anyone else probably would have a different or non-personal meaning, but it answered the question about what to do and perhaps why.

The answer was to share my experience of the process and the knowings that have come to me so that others can make use of them, or simply that some messages simply be a confirmation for others.

I now truly know that unwanted experiences of life from unhappiness to disease are caused by personal, cultural and ancestral desires and living life from a low level of consciousness.

How do I know this?

The choice I made when I thought my continued existence in human form may be at risk, was…

“To journey and face the fear of the forest for a solution to present itself.”

No matter how fearful the journey gets, the increase in levels of consciousness also create a “higher” and “better” viewpoint, and awareness is created to potential solutions to life problems ranging from unhappiness to illness and also to other life problems.

So I have shared and intend to share more soon, and you can share your own experiences of life below.