A Fractured Foot Healed In 3 To 4 Weeks, From Initial Medical Advice Of It Taking 12 to 18 Weeks 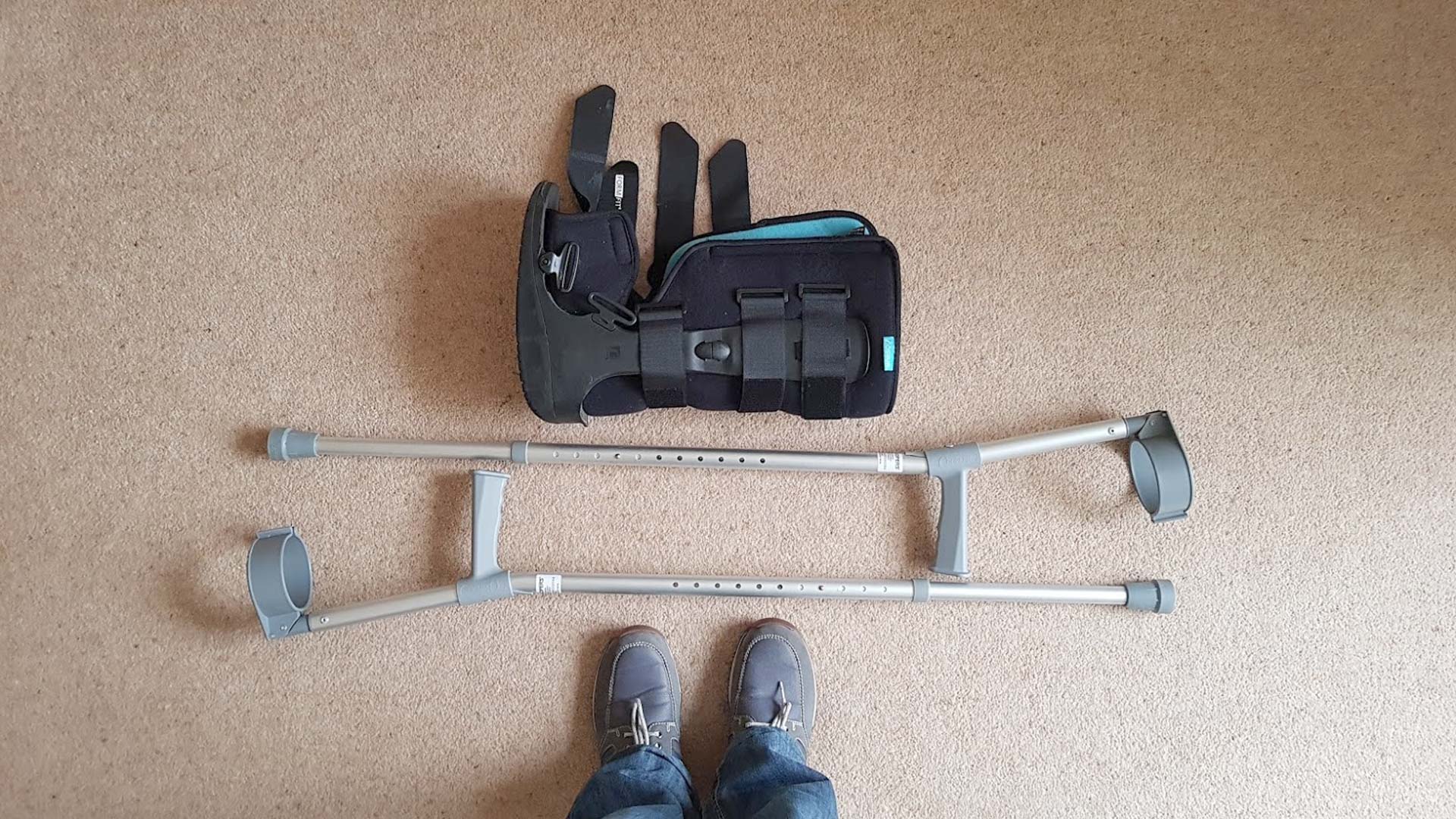 How my foot healed healed much earlier than expected by consultants and myself with about 30 minutes of self-healing energy work.

I fractured my foot and two consultants independently advised me at different times that I would be able to weight bare on my foot after 6 to 9 weeks.

The two consultants also advised (again independently) that after about the same period again, the fracture should be fully healed, and I should be walking normally.

That’s 12 to 18 weeks for the fracture to heal, and for me to walk normally without pain.

I went home with my lower right leg and foot in a fixed boot, and not very happy.

I had to be non-weight bearing on that foot (can’t use it to carry my weight), and was using crutches to get around.

I was frustrated about not being able to walk, drive, carry my plate of food to the table, and with so other limitations.

That night, and the night after, I did about 30 minutes work using the self-healing exercises that I use.

Even though I know the healing exercises can work any undesirable situation, as they had worked on other situation, I did not continue to practice the exercises.

This was because a big part of me was remembering that that 2 consultants had independently advised me that it may take up to 18 weeks to start walking normally.

The first week was emotionally tough, but I got on as best as I could.

I went to the appointment 2 weeks later, had my foot X-rayed, and the saw the consultant.

He asked me what I did, and we talked about the energy healing practice and helping people grow their business online.

This discussion about what I do was for most of the appointment which I thought was the consultant distracting me from being upset.

The consultant then unexpectedly said that he wanted me to start walking… using both my feet.

I looked at him very confused and asked if he was sure because both he and another consultant said that I would be non-weight bearing for 6 to 9 weeks.

He said yes [he was sure], but not to walk on the foot if it hurt.

As I did not quite believe what he was asking me to do, I asked him if I could see the X-ray.

He showed it to me and pointed out where the fracture was, and I honestly could not see anything wrong – it looked complete.

That’s not to say a hairline fracture was not there and healing, but perhaps a trained eye was required to see it.

However, as the foot X-ray on the screen was larger than my actual foot, and with the amount of pain I was in just after the fracture happened, I thought I’d see a noticeable line on the X-ray.

I didn’t pursue the matter.

The consultant then said that he wanted to see me again in 6 weeks, with no X-ray, and did not expect me to see me with crutches, or with the fixed boot.

I hadn’t even tried walking on both feet yet, and so did not know what to say to him.

I started to walk out of the consultant’s office on one leg using the crutches as usual, and the consultant said one word in a strict voice.

That word was ‘now’.

I looked at him and he said something like ‘I want you to start putting your foot down now.’

I looked at him again, and he looked at my foot expecting me to put it down.

And so I carefully released some of the pressure from the crutches and onto my foot, and it felt OK.

I took a few steps with hardly any pressure on the crutches, and my foot still felt OK, apart from having the fixed boot which was limiting movement.

I asked the consultant about driving, and he said that I could drive as long as the foot didn’t hurt.

I came out of that meeting partially not believing what happened, but also remembering the initial self-healing session.

That appointment was on a Thursday and over the next day I was walking with the fixed boot but without the crutches.

About a week later I was walking without the fixed boot, without the crutches, and with no pain in my foot except that of the waking tired muscles and other ‘things’ in my leg.

And a week after that, I was walking with no pain, driving, and felt somewhat complete.

How the mind likes to take over what happened.

My mind starting making up stories about both consultants being wrong with their initial advice of a much longer healing period.

Thoughts also appeared in my mind that perhaps they had not looked at the X-rays in much detail and simply made up their advice.

Other thoughts have come since come to explain why two consultants independently said it would take 12 to 18 weeks for me to walk normally when it only took 3 to 4 weeks.

I didn’t dwell on those thoughts too much and tried to let them go.

This is what can happen with the mind and thoughts when experiences like this happen.

The mind wants to be right with its intellect, and have its explanation.

The mind can dwell on the hows and whys, or we can accept what happened, and expect more such inexplicable yet desirable experiences.

As above, I was walking without the fixed boot, crutches and without pain in 3 to 4 weeks after being initially advised independently by the two consultants that it may be 12 to 18 weeks before I walk normally.

Now does that create any interest in you for learning how to transform and heal your undesirable life situations?