Bees either focus on gathering nectar or on gathering pollen depending on demand, especially in social species.

Bees gathering nectar may accomplish pollination, but bees that are deliberately gathering pollen are more efficient pollinators. It is estimated that one third of the human food supply depends on insect pollination, most of which is accomplished by bees, especially the domesticated European honey bee.”
– Source: Wikipedia. Since 2006, the rate of decline of bees has increased to about 28% to 38% per year. Source: Wikipedia & TIME.

The decline in bee population has been called Colony Collapse Disorder (CCD). The Open Source Beehives project is a collaborative response to the threat faced by bee populations in industrialised nations around the world.

The project proposes to design hives (see below) that can support bee colonies in a sustainable way, to monitor and track the health and behaviour of a colony as it develops. Each hive contains an open source sensory kit, The Smart Citizen Kit (SCK), which can transmit to an open data platform: Smartcitizen.me

These sensor enhanced hive designs are open and freely available online, the data collected from each hive is published together with geolocations allowing for a further comparison and analysis of the hives. 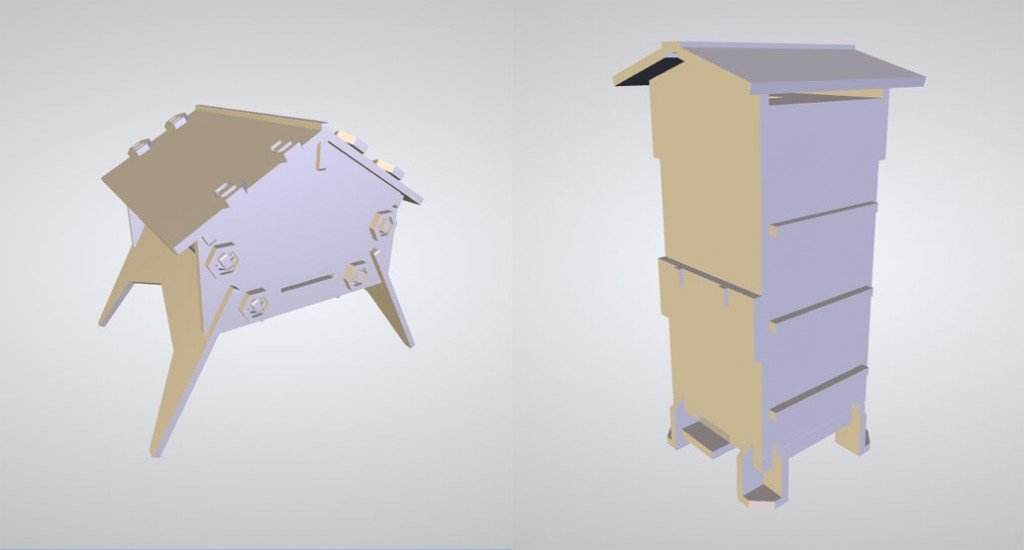