How The Sun, Planets And The Solar System Move In A Vortex 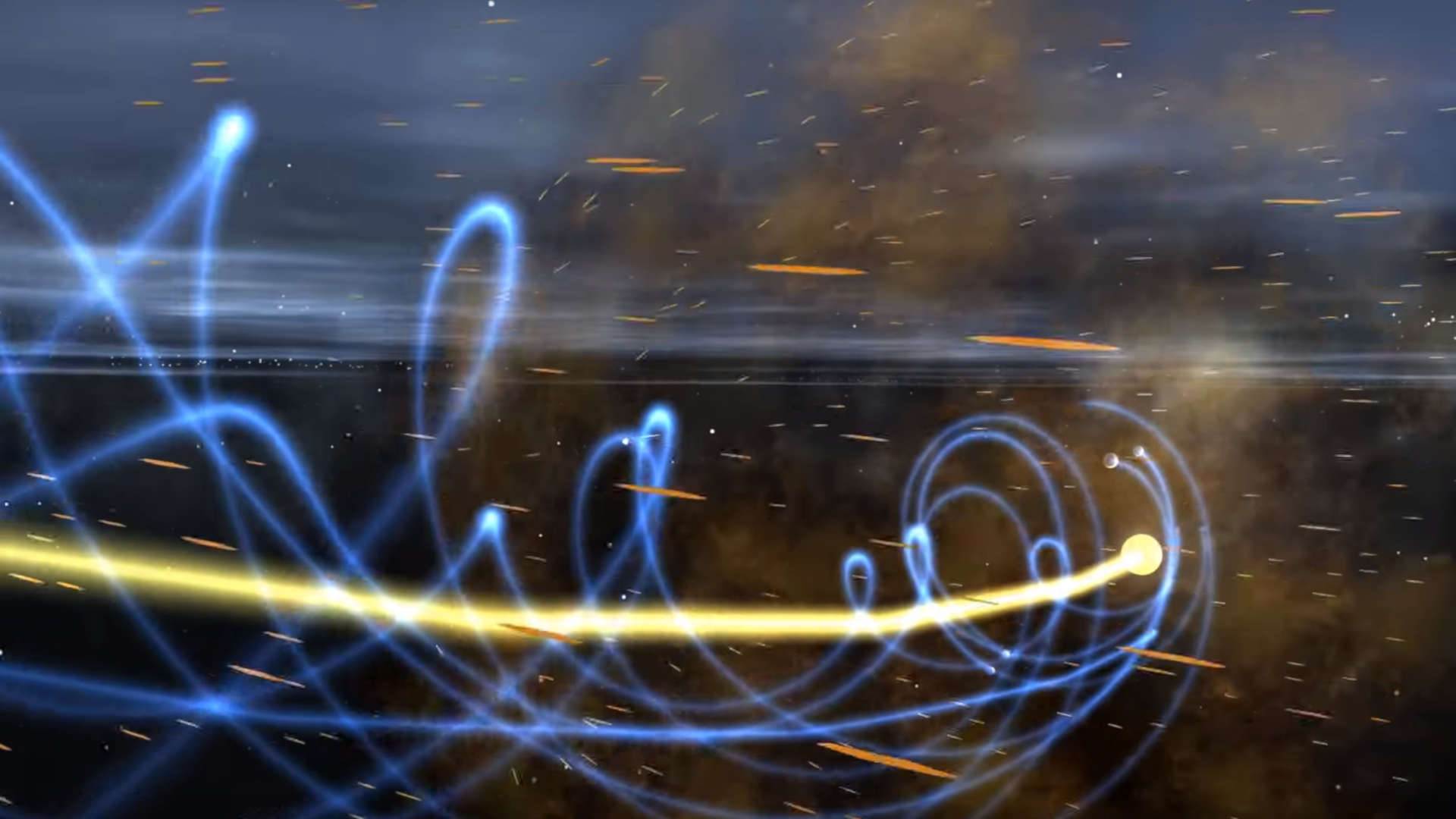 For a topic about the solar system, in a book at school, my daughter wrote ‘The sun always stays still.’. This is not quite true.

I told my daughter that this is incorrect, but from a perspective of less awareness, what she wrote can be perceived as being correct.

However, from an expanded awareness, or consciousness if you prefer that word, the sun is not still.

If it were, that perspective of our solar systems would look something as on the following video:

However, on StarChild, NASA’s learning website for children, they wrote in 2000 that our solar system (the sun, earth and other sun-orbiting planets) moves at an average speed of 828,000 kilometres per hour (about 514,500 miles per hour).

That movement is an orbiting motion around the Milky Way galaxy which takes about 230 million years to make one complete orbit around the galaxy.

Note that on doing a little more research, the speed of the solar system’s movement is stated to be different by different sources. The different speeds are perhaps due to what the speed calculation is being related to.

The pertinent point, however, being that the sun is moving, and quite fast.

With this awareness, the sun and the solar system we currently live in, move as on the following video.

With a greater expanded awareness, the sun (and the orbiting planets) seem to move around the Milky Way galaxy as follows.

Most movements of and in the galaxy, and of the solar system and it’s planets seem to be vortex (‘swirly’) in nature.

This type of movement aligns with how energy is said to move at the smaller end of the universe… at the quantum level within atoms, electrons, neutrons and protons.

It seems that a higher level of awareness, or consciousness, can create a different perspective and a broader form of knowledge.

If you would like to learn how to increase your level of awareness, consciousness and knowing, then click here.