How Positive Desires Create Unhappiness Within Moments To Decades Later 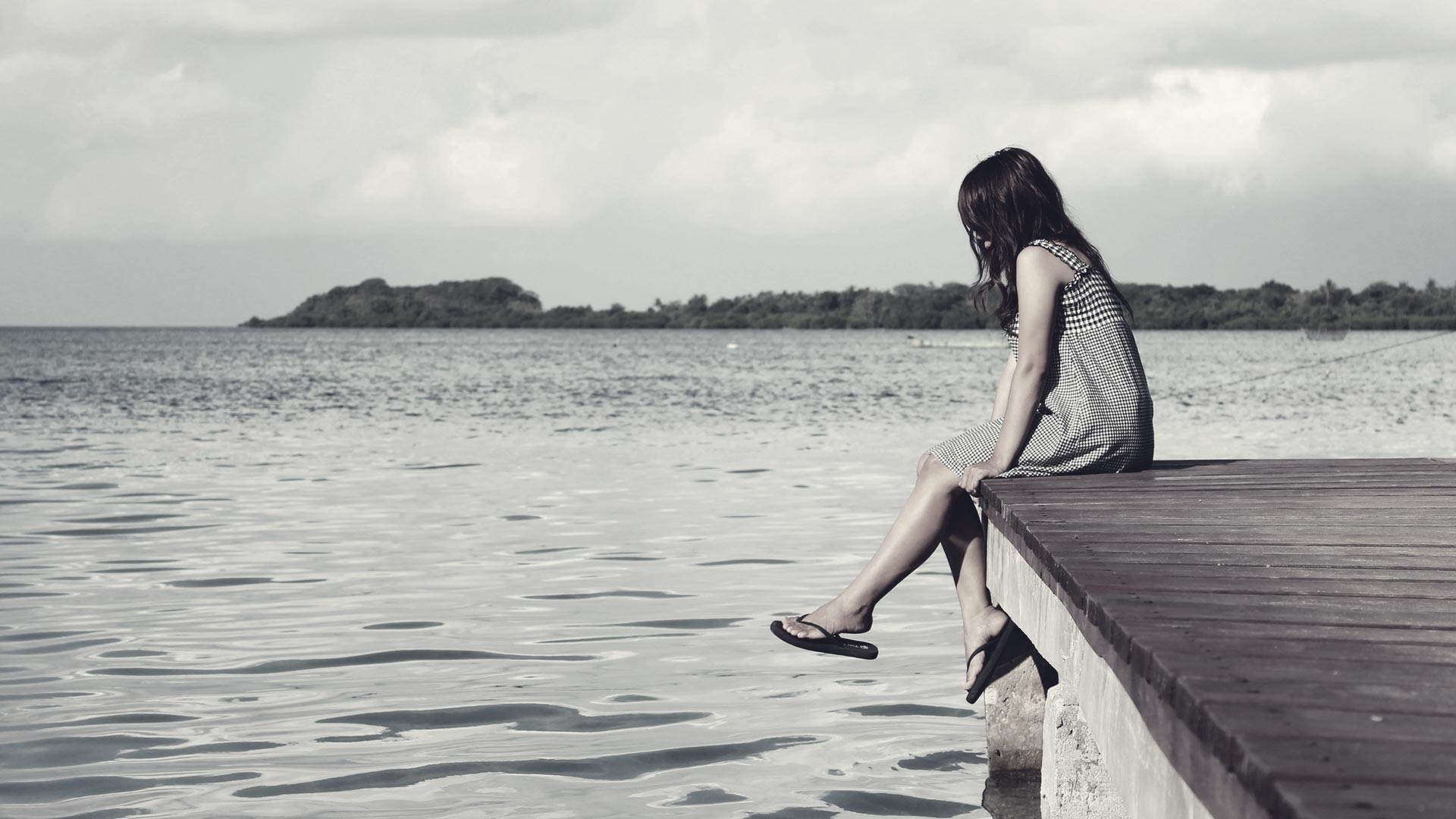 Our physical reality modifies itself to ward off the challenges we believe lie “out there”.

The following is a shorter version of how positive desires create suffering and unhappiness, and is inspired after reading an article by Richard Boyd.

A version with more detail is to be available for those who require in-depth support for transforming and healing their life situations.

I was introduced to the law of attraction on my journey, in that we humans can manifest their reality.

I tested the teachings which sometimes worked, but the manifested outcomes simply did not make me happy or maintain my state of happiness, no matter how grateful I thought I was for the manifestations.

You experience what the mind intends.

As above, it is said in the concept of the law of attraction that the human mind can manifest its reality.

So why then do we create and experience unhappiness, negativity, and problems, especially when we hold positive intentions for the outcomes in life?

It seems that negative experiences are created by the way in which the human mind creates and perceives things in its reality.

The general research and thinking seem to be that after the human mind creates things, it then creates the experience it has with those things.

Let’s use the example of a woman seeking a secure loving relationship with a man.

The woman has information in her database about men from past experiences, namely negative beliefs that men rip her off.

The woman’s desire manifests an appropriate thing in her reality, namely a man.

That is creation and manifestation.

The law of attraction manifested the man, regardless of the woman’s true desire for love or her negative belief of men.

The man thing acts from his loving intentions.

That is what the woman truly desires.

The woman radiates onto the man thing her thoughts of fear and negative feeling energy related to her belief of men ripping her off.

No matter how hard the man thing tries from his loving intention, the woman’s beliefs create a defence that cannot accept the man thing’s actions.

Instead of experiencing a reality of their true desires, an unenjoyable and conflicting relationship is experienced.

However, the man thing continues to act from his loving intention and the woman puts up more defence.

The woman eventually retreats due to her perception of an unbearable and conflicting relationship, and they permanently separate.

Reality for humans is subjective and in this case for the woman, and whether or not the man thing rips her off is also subjective to the woman.

The woman’s negative beliefs and related energy frequency create a perception of an experience of her being ripped off by the man thing, whether or not he rips her off.

The woman’s belief of men ripping her off is confirmed, the information in her database is strengthened, and she retreats creating a life situation that initially feels safer, happier and having freedom.

However, during her retreat, the woman’s belief and related energy are re-creating further similar and perhaps more intense conditions in life that are conducive to more negative experiences of men ripping her off.

This realisation only comes to the woman after the focus on the retreat and conflict is over, and focus is put back on her true desire which cannot again manifest due to her beliefs and energy frequency.

A downward spiral of never ending self-sabotage and undesirable experiences is created for the woman by her desire yet strengthening negative beliefs.

The focus on the perspective of the woman is to demonstrate what happens in the perception and experience of an individual holding positive desires yet negative beliefs and emotions.

The man thing, whether or not acting from unconditional loving intention, creates and holds negative information about women in his database from his experience of these events.

This creates a downward spiral of self-sabotage and further similar undesirable experiences for the man thing in his life situations.

True desire is pushed away.

In the above example, the woman continues her defence from her strengthened beliefs of men things, and the man thing creates perhaps a new negative belief and emotions of women.

This can then relatively quickly create further suffering in each of their life situations and specifically related to each of their true desires.

The parents, then plan their retirement, if they haven’t already, and with the same mindset they planned their life up till retirement.

For humans who may seem less fortunate such as those in what is described as the developing world, the above example of a life plan may something to aspire to, and also seem a far-fetched fantasy especially considering their life situation and perhaps that of their ancestors.

Why do humans make plans?

From research and the experience of my journey in life and that of others, humans generally plan outcomes for short term and long terms tasks and goals in their personal and business lives to simply secure their happiness and freedom.

I am sure that if you analyse why you do anything in life that the answer is related to being happy and free.

Let’s look at the above example of the woman seeking the security of a loving relationship with a man.

The loving relationship is be sought for her happiness and freedom and perhaps to express and feel her femininity.

The reason the woman is looking for security is due to her past experiences.

The woman believes that her actions and feelings are true to her desires, and that her defensive actions will make or keep her happy and free.

However, as we see above, the opposite is true in that the woman’s defence pushes away true desires from manifesting, and instead create a retreat to more similar undesirable life situations that perhaps only become apparent when the retreat and conflict are over.

Such negative experiences continue until the suffering gets intense enough for the individual, that the space and desire appear for a knowing of what is missing.

In the above example of humans planning their lives till retirement, and such plans perpetuating to their children, the plans and actions are again created or adopted for their happiness and freedom.

In this life plan example, it may seem that desiring education, career, houses, cars, holidays, a partner, children, retirement and perhaps the same if not more for their children are worthy life plans for happiness and freedom.

However, I ask you to consider where the desire for such life plans has come from, whether or not the plans seems attainable to humans living in the developed world, or seeming like fantasy to those in the developing world.

It can only be that humans create or aspire to such life plans due to their conditioning from past experiences.

Humans experience one or more life situations in their past that put information into their database in that they will be happy and free when they have an education, a career, houses, cars, holidays, a partner and children, retirement, and teach their children the same, or more of the same.

Actions throughout life come from a belief that happiness and freedom will be experienced with the life plans and their outcomes.

With the woman and her desires of men, suffering is experienced from almost instantaneously when her defence starts, to perhaps when the negative experiences repeat and grow over many years.

With most humans and their desires of life, their suffering can start early in life but that culminate to immense suffering much later in life. For example, at the time of retirement when they realise that their life plans have created everything tangible they desired but not what they truly desired — the intangible happiness and freedom.

Alternatively, humans realise that they have spent most of their life aspiring for the creation of their tangible desires but never quite, or never at all, getting them, and again do not experience what they truly desired — the intangible happiness and freedom.

In that last line lies both the problem and the solution.

Happiness and freedom are not something you can get or acquire.

They are things, albeit intangible, hence better described as qualities, that you already have.

Happiness and freedom never go away for you to go out there and do something to get them.

However, conditioning from past experiences creates beliefs about having to do things and act in ways that will bring us happiness and freedom at some point in the future.

It is only when suffering and dysfunction in life situations becomes so intense, a desire for the knowing of what one is missing can appear.

However, what is missing can be consciously discovered and transcended before any further movement is made on a downward spiral of creating life situations where greater suffering is later experienced.

For further support, you may want to read the following posts.

This post has been added to a free report on how to break free from unhappiness, negativity, and problems to transform and heal your life situations.

A version with more detail and with other research and practice information is to be available for members who require in-depth support for transforming and healing their life situations.

An email will be sent to members when the detailed report si ready.

To receive that email and to receive a supporting information now, subscribe to the free report at this link.