Remote Healing Of 4 Month Fluid Build Up In Inner Ear, In 4 Days 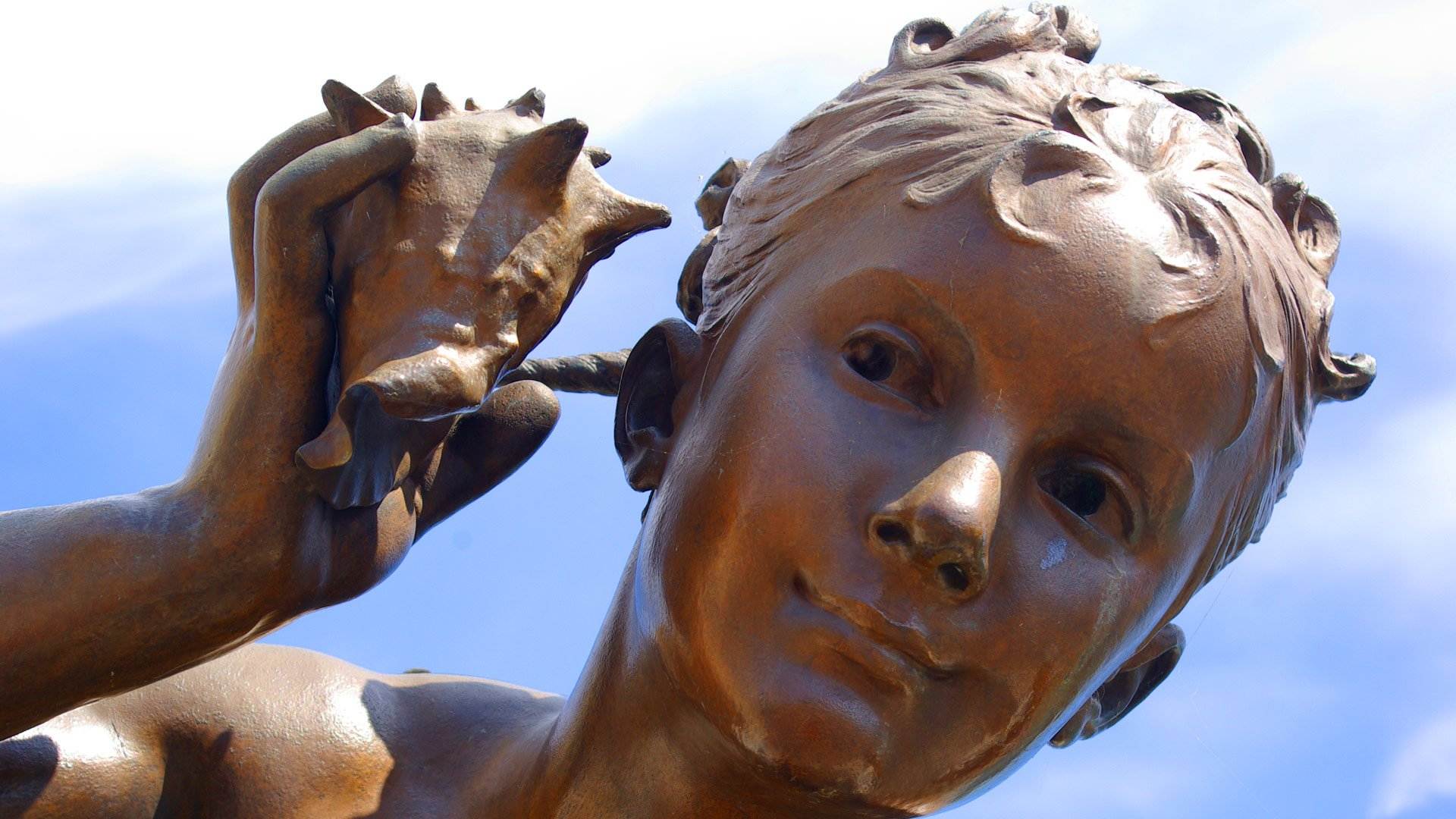 After 4 months of no change in having a fluid build up in the inner ear with uncomfortable symptoms, a healing was experienced within 4 days without any medication, without physical contact, and without the client doing anything.

Then, one Monday, I met a neighbour outside his house, said hello to him, asked how he was, and why he had not attended a street party the day before.

The conversation led to the neighbour saying that he went to see his brother for some medical advice about the fluid build up in his ear.

The way the neighbour described his brother sounded as if his brother had been medically trained.

His brother informed him that it may be Ménière’s disease, and that he should go to see a doctor or consultant for advice.

The neighbour did not seem to wish to do that, and as I had known of his symptoms (vertigo, dizziness, and some others) for quite a while, I took the opportunity to ask him if he was open to remote healing.

He asked if I was describing Reiki, probably as I recall him having experience of using it.

I said no, as it is not Reiki that I use and as was not very familiar with it.

I said that the technique I had in mind was one of two healing techniques which are performed within myself, and without actually physically being with, and without physically touching the person, or situation to be healed.

I also described 3 different scenarios of one of the healing techniques creating a better change, including a healing I did on my own fear and phobia of dogs.

I said that I can perform the healing technique anytime, and I have found that results have been more successful when I have focused healing sessions over many days.

Acceptance and being open to remote healing.

I feel that his openness was due to his experience and perhaps interest in spiritual healing.

I asked the neighbour to remain open to the healing, to get on with his day to day activities, and that I would meet him after a few healing sessions for an update.

As far as I recall, I did a healing session every day after meeting the neighbour, and I used both of the two remote healing techniques that I have experience of.

Later that week, which was on the Thursday or Friday, I saw the neighbour at his car, and I approached him to ask how he was.

He said that he felt much better whilst pointing to his ear, and thanked me.

Even though I have experienced the healing techniques creating a change for the better, and often quite quickly, I was still very surprised that there was a betterment in this situation in only the 4 days after we first spoke.

I asked the neighbour if he was sure that he felt better, and he confirmed with a yes.

He also detailed that he knew how long he had the problem with the fluid build up (4 months), and how unwell he had felt over those months, again re-assuring me that he knows he felt better after the healing.

The neighbour was much more casual about the healing than many other people whose minds get interested and start asking questions to understand how it works.

This creates an intellectual dialogue between myself and the client which can become a pointless intellectual exercise and I have found that it can block and restrict healings from happening.

I have found that an intellectual discussion about the deeper information and teachings of remote healing are better left to learning how to transform and heal your life situations.

The neighbour also confirmed that he had not seen anyone else about the fluid build up in his ear over the few days of the remote healing sessions.

This, and what else the neighbour told me, demonstrated that he had seen other professionals for advice, but not actually asked them to start help in healing the fluid build up in his ear using whatever techniques they used, whether medical or spiritual.

I was the only healer involved, except that the neighbour and his acceptance are a part of the healing process.

The neighbour’s acceptance and instruction to me… The definite yet casual yes to me to start the healing, are what I believe created a successful healing for him.

I have experienced other undesirable situations where I believe Ithought I could help heal the situation, but people have tried to intellectually understand what it is and how it works.

When you can’t understand it, confusion is created in the mind, and perhaps also in the emotional state, and this is what I feel creates the blocks in preventing successful remote healing.

Anyway, I was quite pleased with the results, and said that I would carry on with a few remote healing sessions.

Whether these additional healing sessions were required or not, I am not sure, but I simply felt they may help.

The neighbour thanked me, and informed me that he may be away for a while, being the reason if I did not see him soon for an update.

I reminded the neighbour that his local presence did not matter as the healing technique can be performed no matter where he was.

The outcome clarifies that remote healing works better, or perhaps can only work, when there is an openness to being healed using a spiritual and remote technique.

Perhaps this openness is only in people who are familiar with energy work, spiritual and holistic healing concepts… healing not from a physical or medical perceptive.

I, however, feel that if we can let go of how healing happens, and even what the healings is which is a different topic I will write about later, the results of healing are more successful.

When I have offered remote healing to some people and their life situations, I have felt that my conversations and offers for remote healing were not being fully listened to, or received.

For example, there has been one life situation where I have tried to offer remote healing for approximately 18 to 24 months.

I can only summaries the experience of this example with there being many conversations where I described the remote healing information and teachings, but there being no progress in peoples’ concerns genuinely desiring to be healed by remote healing.

I used to get very frustrated with not understanding why people would not accept remote healing offers, and especially when I did not ask for payment.

However, I now know that conditioning, beliefs, and the intellect are the main factors that create blocks and prevent the acceptance of, and instruction to start a remote healing, or the teaching of someone to transform an heal their life situations themselves.

About a week after the first update, I met the neighbour to get another update.

He said that that he felt slightly better than the previous week, however, the biggest improvements in his symptoms were after the first healing session.

Before I write further about the discussion I had with the neighbour, the following are the symptoms he said he had before the remote healing sessions.

The neighbour said that over the initial 4 months or so, he had the following symptoms from the fluid build up in his ear:

The first 8 symptoms were there before the initial healing, and although they were slightly there afterwards, he said they had definitely decreased after the first healing session.

The neighbour told me about the 9th symptom after the first healing session, and he did not mention it on this occassion.

The symptoms above were where I focused the next remote healing sessions.

Where changes happen with remote healing.

From past experience of healing any life situation, whether a physical illness, or being stuck in life, I have found that for a fuller healing to happen, both internal and external changes can occur, and are often required.

With the above scenario of the neighbour and the symptoms from his inner ear fluid build up, I explained in detail to the neighbour what may happen.

I cannot now recall everything that I said, but succinctly it was that the reality that existed when he had his continuous fluid build up problem, also had an inner reality in the form of his thoughts, emotions, and desires.

There was also a greater external reality in the form of his environment, relationships, day to day activities, etc.

I have experienced that for a fuller healing to happen, changes can and often have to occur in both inner and outer realities.

That is why during our conversations, I asked the neighbour to be open to both inner and outer changes in his life situations.

He accepted what I said, and I finished on that by informing him that he may have to make some changes in how he lived his life, and to be open to change.

I also said that I may teach him heal any further issues himself.

I had put a note in my diary to meet the neighbour after February 7th as that is when he had a hospital appointment.

That is over one year after his symptoms started.

I met him a week later on the 16th for an update.

He told me that most of his symptoms had gone, except for new slight headaches for which the hospital consultant referred him to a neurologist.

The consultant did not prescribe any medication, nor did they arrange another appointment with him.

We both thought that the hospital referral to the neurologist was a bit odd.

However, the fact that the consultant could not find anything wrong was a sign that the remote healing had worked well.

The main point that came from this meeting was that the neighbour said that it seemed to be only my remote healing work that healed is ear.

He also said that the doctors and consultants did not do anything in terms of medical prescriptions or procedures.

It has just come to mind that they have actually done something quite useful, and that is to confirm that the remote healing worked.

The neighbour said that he may get updates from his doctor about any notes from the hospital but it seems that he is generally happy and free of the initial symptoms.

I have offered to do more healing on the headaches and related symptoms if he wants it, and also to show him how to heal himself, as and when he needs.

We also discussed how he was very accepting and open about the remote healing in the very first instance, compared to many other people I have experienced.

The neighbour agreed that trying to get your mind and it’s thoughts around how healing works, and how healing can happen does not really help.

I agreed and added that it is exactly such thinking, and trying to figure it out, which creates the blocks and prevents healing happening.

Anyway, this has been a very interesting healing experience for me, with the main lesson that I have to find a way to help people become more accepting and open to remote healing.

Click here for more information about transformation and healing.