A Way To House The Homeless In Hostels 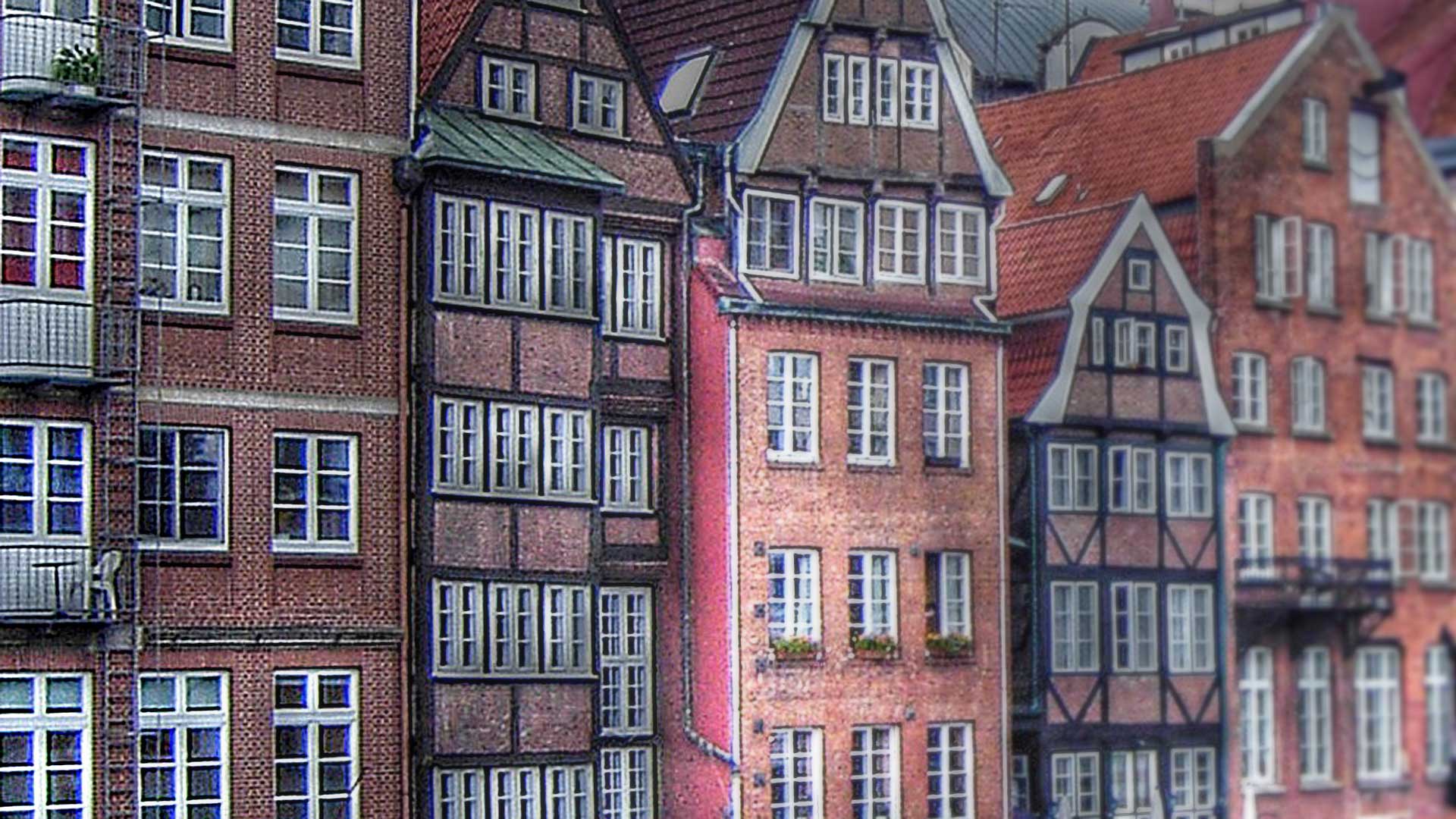 After many years of searching, I found a way of homing one homeless person and taking them off the streets.

A few days ago, I noticed a tent on my way to doing tasks. The tent was there, the next day and the next and then on the following day, I noticed a man sitting on the side of road seemingly asking for money. The man’s name was Trevor and I will let you know how I found a place that would take him in and help him apply for welfare costs.

Many years ago, I would have avoided people on the streets as I got to stage of continuously meeting such people with a knowing that giving money was often the wrong thing to do. I was advised by a homing charity for under 25s that many homeless people did not use money correctly in that it was often used for alcohol or drugs and that I may not be immediately aware of this. Even if people looked desperate, I stopped giving money, food or anything, and especially after meeting a man a few years ago asking for money on Christmas Day.

I do not celebrate Christmas for myself, but whilst being out to get some cash from the cashpoint, and whilst seeing others celebrating or on their way to celebrating, I felt sympathy for the man until I got close to him. He was drinking alcohol out of a can and it seemed as if he had been drinking a lot as he could just about manage to get his words out. I had put my hand in my pocket to give him some change from my pocket and after seeing his state, I kept a hold of the change in my hands and started a conversation in an attempt to resolve his situation.

I can’t recall the exact conversation but I tried to find out what he was doing there and he told me that nowhere would take him in. I suggested that he go to an organisation which I do not wish to name here, who state that safe and secure accommodation is often the first step to in a journey to independent living. I had previously approached this organisation for their advice so that I could perhaps better help homeless people move on in life. The organisation informed me that one of the first and usual steps is to accommodate homeless people in hostels and that is something they help with.

The man said that hostels would not take him and I asked him why not. He said because they would not let him drink in the hostels. I truly realised then why I had been advised not to give money to apparently homeless people asking for it. I eventually left this man as he was as he simply did not want to stop drinking alcohol to get into a hostel.

Whilst walking away, a part of me was concerned that I could not help him, and after taking a couple of steps, I realised that another man behind me was listening in on the conversation. By his accent, he was Italian, and he asked me oddly what religion I was. I replied by saying that I was not religious and he said to me in English that he felt that the man I was trying to help wanted to meet God. I did not pursue the conversation but the Italian man’s words slightly helped resolve my thoughts and emotions.

Since then I have met many people on the streets who seem to be homeless and asking for money. Afte having discussions with most of them I have realised that some do not seem to want to move onto being accommodated or from where they are and the discussions seem to naturally end at that which really does help my thoughts and emotions settle. 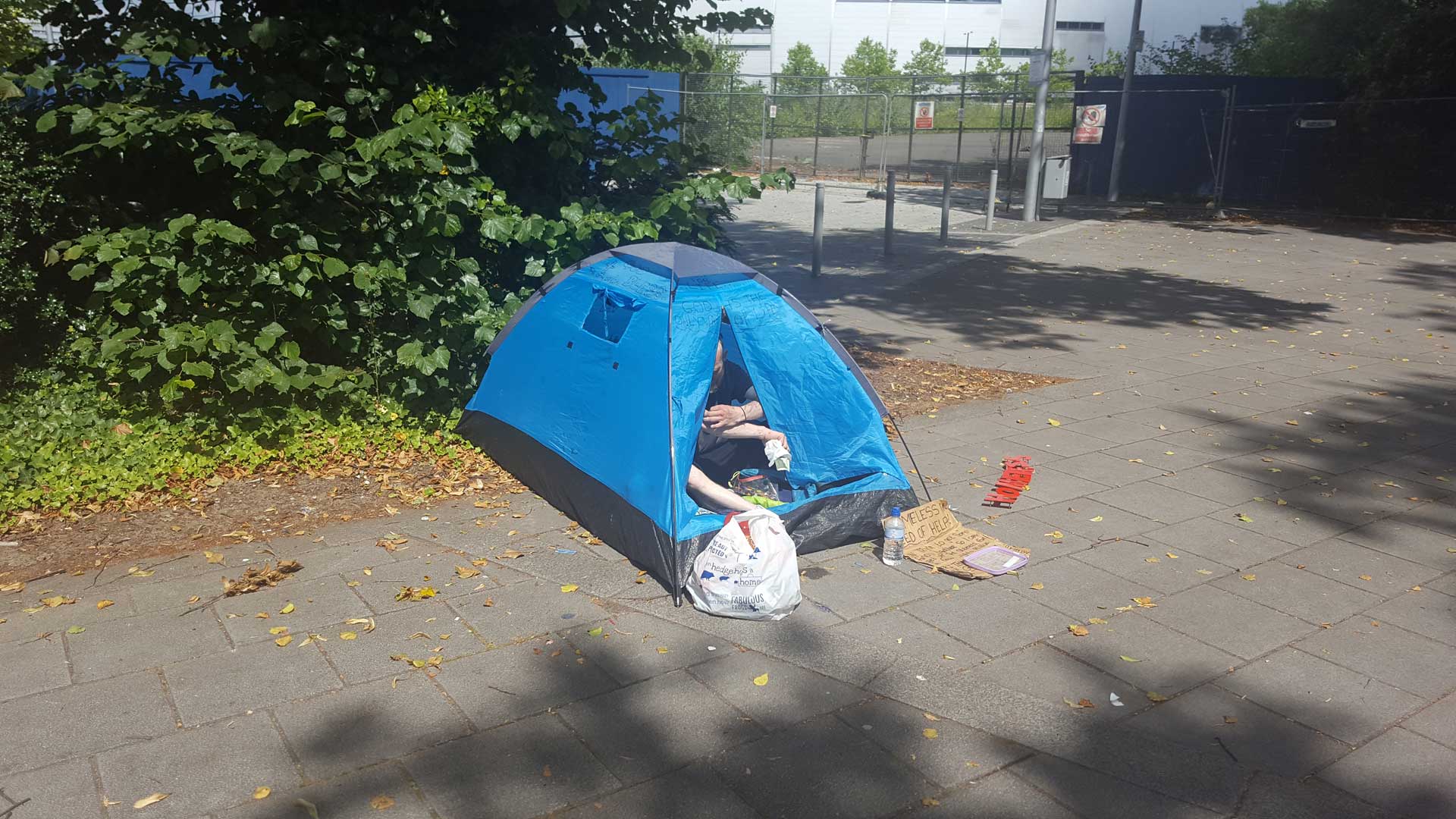 Trevor In His Tent

Now, getting back to Trevor… he seemed to want to be helped and get off the streets but I could see he was slightly getting used to people giving him clothes, food and money. So I asked him if he really wanted to get away from living from the tent and he said yes. So, I said I would help and asked him to stay where he was whilst I made a few calls. He said that the police were also trying to help and that they would be coming back at 4.00pm. I said that I would come back at 4.00pm to get an update.

I went on my way to get on with my tasks and in between called someone I know at a charity I have worked with that helps asylum seekers. They advised me that some hostels often take on homeless people and help them with their welfare applications but they did not know specifically of any.

I got immediately onto Google and searched for local hostels who may be able to help. After calling one hostel where they may have been able to help but where I was asked to call back to speak to someone else. I found another listing on Google of an organisation who said that this was not the usual route to helping such people but they would be willing to help in this case and wanted to interview Trevor. I went to find Trevor, but he was gone. As his tent was still nearby, I went back at 4.00pm by when the police may have arrived with their help but he was not there. I did not see Trevor again that day.

I made an effort to find Trevor the next day and saw his tent and him asleep inside. I called his name and woke him up and said that I would return when he had freshened up, as much as he could, for him to talk to the organisation. I went back a little later and asked the organisation to speak to Trevor, and then they spoke to me and asked me to leave the matter with them for about 30 minutes. I asked Trevor to stay where he was whilst I carried on with some things I had to do and would return after I was called back.

The organisation called back and gave me details of a hostel who would take Trevor in, and help him with the paperwork for his welfare costs. I swiftly found Trevor and gave him the details on a sticky note. Trevor was quite appreciative and I asked him to get to the hostel the same day. He said that he would and I got on why my tasks.

Later in the day, I saw Trevor near his tent, and I was concerned why he had not left for the hostel. He said that he was waiting for some ladies who said that they would return with some clothes and food. I asked him not to get used to that too much as I felt getting to the hostel was more important as they seem to have reserved a place for Trevor and I did not want Trevor to miss the opportunity.

Trevor said that he would get out of “here” as soon as the ladies had arrived. I said it’s not about getting out of here that is an issue, it’s about getting on to the hostel and moving on. Trevor agreed and I did not see him again and left it to Trevor to take that new step on his journey to the hostel.

You may be wondering why I have not listed the names of the organisation and hostels who helped. It is because the feeling I got is that they seem to be very careful who they get referrals from and who they accept. I do not know why and I have not asked why. I was simply happy that after many years I could find a way to help one person get off the streets and make a new start.